Please note that this tool does not require you to use .net at all it's a standalone tool that you can integrate to any workflow you may have but... if you are a .netcore user you can install this as a global tool as well dotnet tool install --global Migrondi

To use it just download a binary from the releases page or... build the sources after that just put it on your path and you can start working with it

For the rest of the post I will assume that the Migrondi binary is in the system's path and it's named "migrondi.exe" or "migrondi" in linux

Migrondi isn't tied to any project at all you can have your migrations entirely outside of your project or if you want to keep your SQL migrations as part of your git history you can do them on your repository as well.

The init command is perhaps the first that you will run if you don't have anything in place yet, it will create a "migrations" directory and a "migrondi.json" wherever you had invoked the migrondi command

I created a sample directory under my user

Running the init command creates a file and a directory 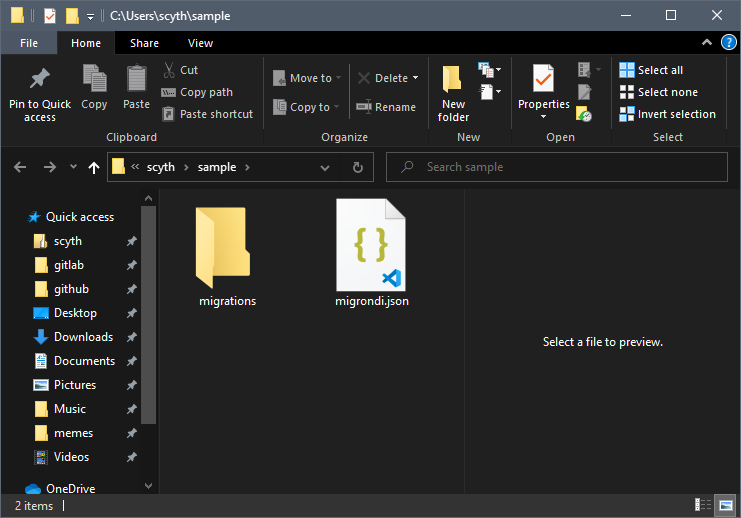 the contents of the "migrondi.json" file are very simple

if you are just trying or curious you can leave the JSON file as is, it will work with SQLite database inside the same directory as the config file, if you want to try with other databases you can switch the connection and the driver, you can check here for more information about the config file

Migrondi has just one objective and that is running migrations, I didn't want to build an abstraction over SQL because I don't think that's a simple approach at all and requires you to have .NET specific tooling which is not what I'm looking for.

If you choose MySQL as your SQL dialect, then your migrations have to be written MySQL. If you are using PostgreSQL the same thing applies. 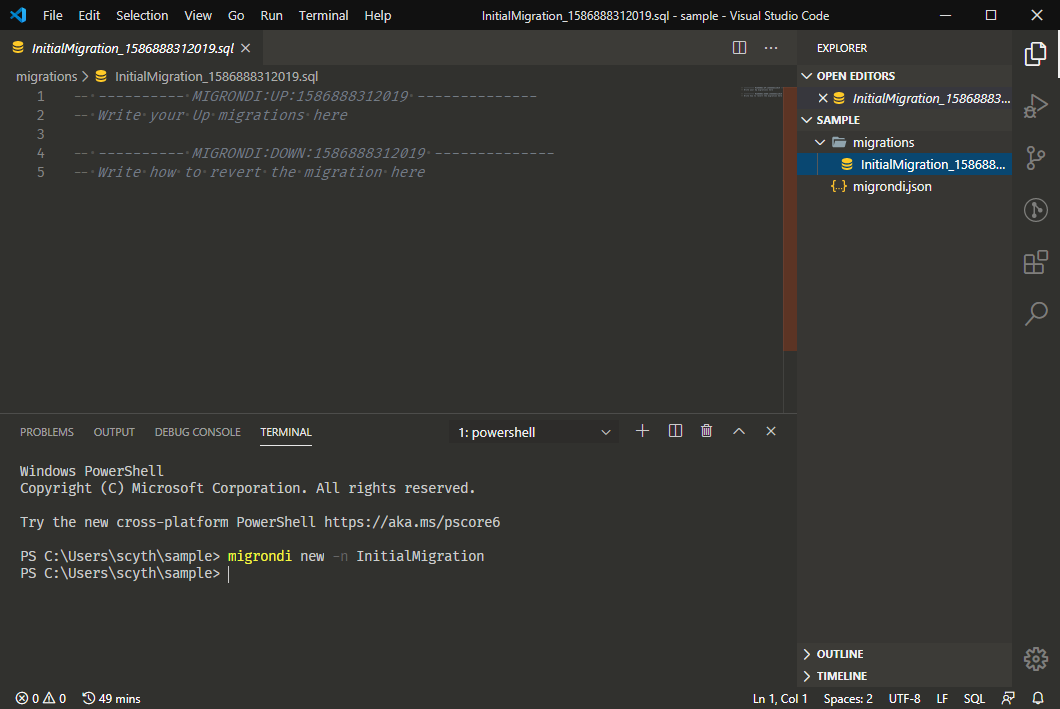 the contents are up to you, either create a new table, insert values, alter columns, you name it. In this example let's create a simple todo's table

there are some important things here, please Do not remove the "MIGRONDI" annotations these are used to identify which part of the script run when the up/down command is invoked, you can delete the "-- Write your....." comments though

The up command reads every file inside the migrations directory and runs it against the database, the history of these migrations is preserved in a table called "migration" and it's used to keep track of what to run when the up/down command is invoked 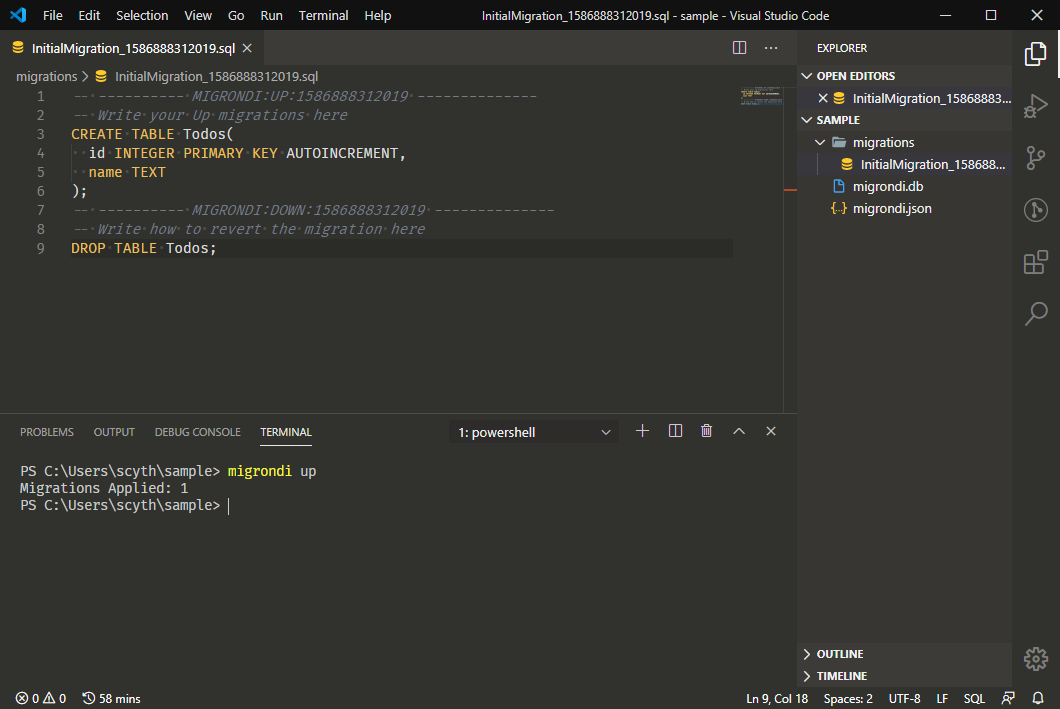 After running the "up" command, our SQLite database is created. Let's check the contents 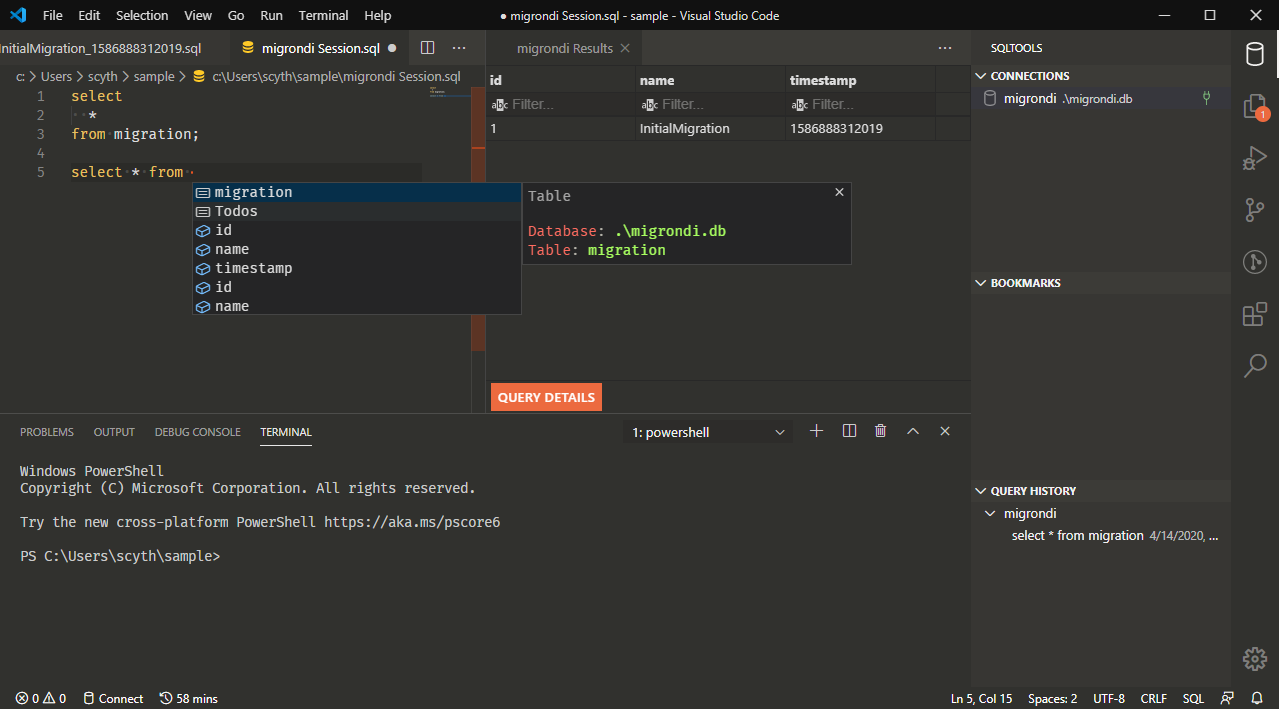 By the way, I'm using this VSCode plugin for the database access https://marketplace.visualstudio.com/items?itemName=mtxr.sqltools

The database was created and the migrations table was updated

We added a --dry-run true option and you can now check on your terminal what's going to be run against your database before doing it. 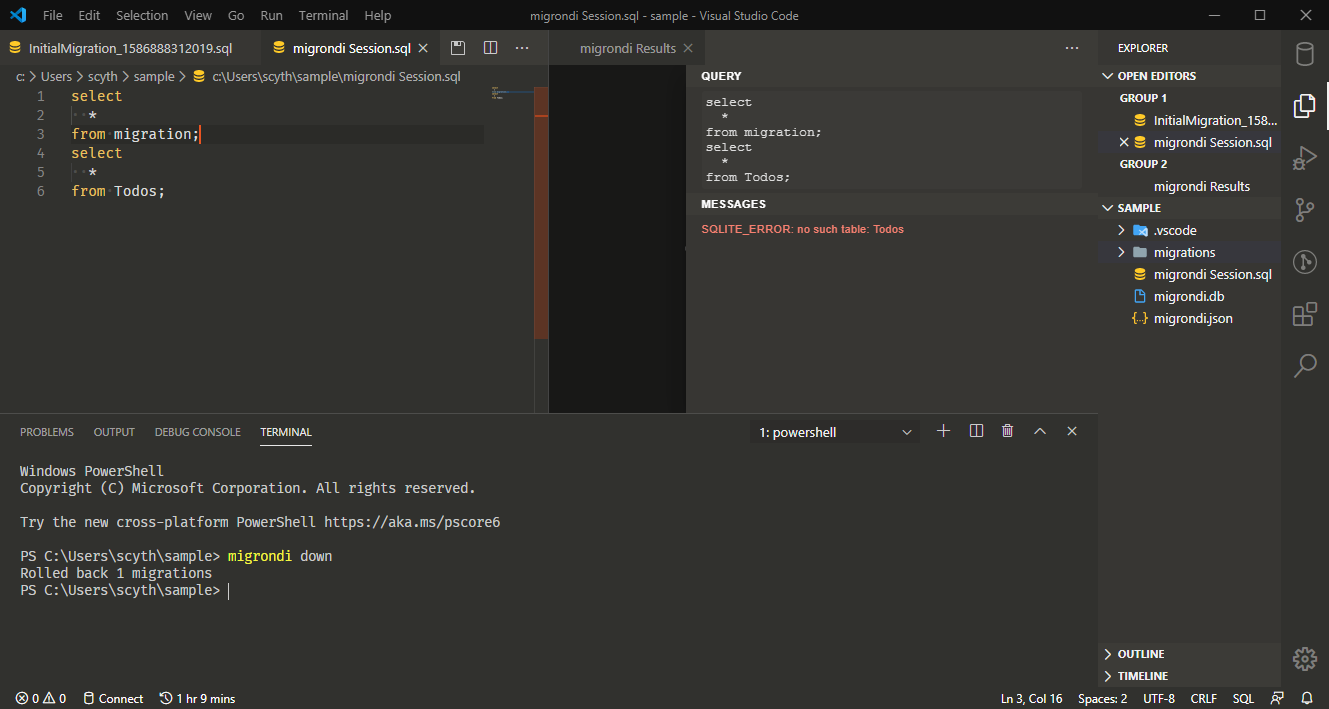 after running down I tried to execute the same select all query, but since the migration has been run down my down statement says DROP TABLE Todos; so it took down the table If I check my "migrations" table it shows empty meaning we went back to the beginning. 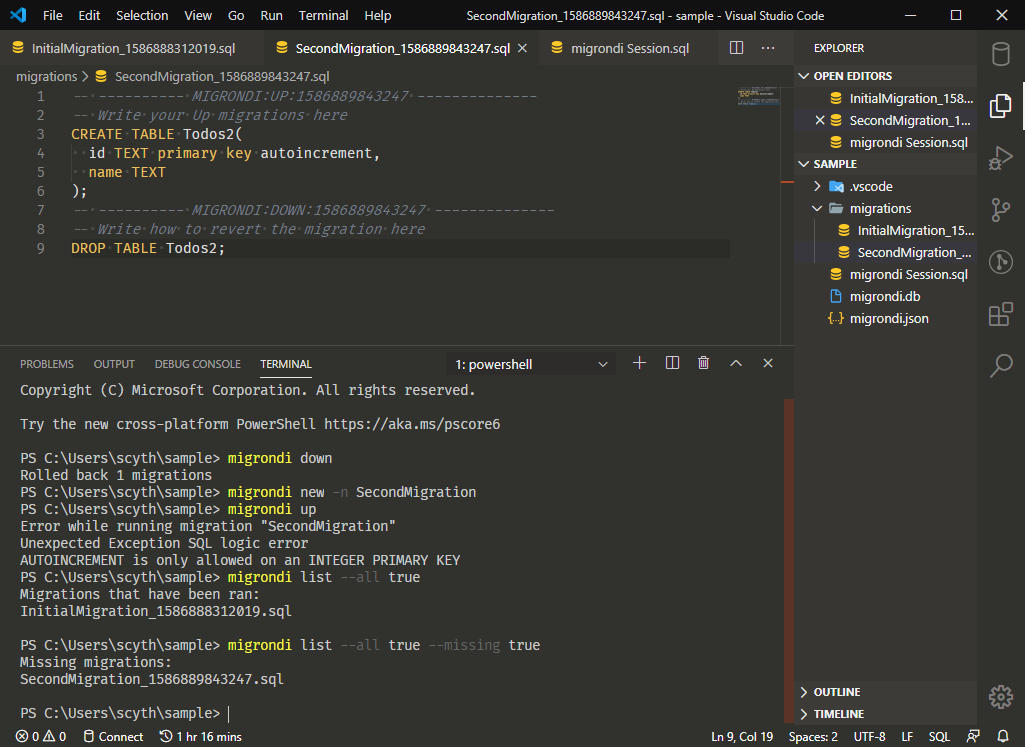 that way you don't need to go down on all migrations and see if the next time it works or not, just fix the last one that failed and keep going.

Migrondi was written in F# and the binary is a self-contained dotnet core app, you don't need to have anything installed besides that binary that's why it's a big binary.

Every migration is run inside a transaction so if anything inside the migration script fails the change is not committed to the database.

If you can give it a try and let me know if it's useful I'd be glad. If you like it or have any doubts ping me below in the comments or on Twitter :)

I hope you are having excellent week cheers :)

Is there something wrong? Raise an issue!
Or if it's simpler, find me in Twitter!